Despite opening up for a brief period over the festive period, the majority of Arb windows into ARA through January and February have remained closed – indicating a continued lack of pull on barrels from elsewhere into the NWE market.

With the Red Sea remaining the origin-of-choice, however, we would expect these barrels to continue flowing west as pressure remains on the Asian market following an inflated Chinese export quota announcement.

The next best source of supply into Europe – the USGC – is currently some $15/mt closed for mid-February landing and even more closed looking further ahead.

With the February and March USGC 10 diff narrowing over the 2nd half of December and remaining some 3cpg higher than their early-Dec lows, the softening of freight rates in recent weeks has not yet been enough to reopen the economics on this route. Similarly, although the Feb HOGO swap has widened over the last couple of weeks, it remains around 5cpg short of its mid-Q4 levels as USGC barrels are remaining on their side of the Atlantic for now.

Overall, European demand appears to be reading lower-than-usual for this time of year, with the market apparently content with inventory levels and already-fixed volumes arriving into the region in the weeks and months ahead.

With the March E/W having narrowed to around the -$35/mt mark, the narrative of increasing physical pressure from a net-long EoS into the European market and a further curtailment of Russian barrels into Europe is yet to be seen in this particular pricing spread at least.

Indeed, with the particularly mild start to the year in Europe and fears of easing demand fundamentals on the back of macroeconomic turbulence, diesel markets are following natural gas and power lower. Although timespreads, cracks, and cash diffs remain extremely elevated vs historical levels, all three have begun the year with a step lower.

Although we would expect all three to need to maintain a higher baseline going through H1-2023 at least vs pre-Ukraine conflict levels, in the absence of a prolonged cold spell or significant refinery outages within Europe itself, the market appears more than comfortable continuing along around current levels for the time being. 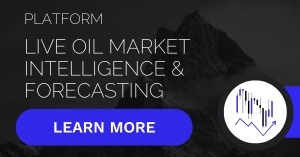